A couple months ago I made a really big move. I left Vail, Colorado—my home for the last 10 years—and moved to Grand Rapids, Michigan—my home state. The decision to move came to me very quickly. I had been mulling a move, a change, for several months. It was clear things weren’t working as they were and, even through the haze of anxiety and depression, I knew I had to at least try something different.

I was in Michigan back in September for a week, visiting my family and using some vacation time to get away and relax, when I started taking the thought, that maybe I would move to Grand Rapids, seriously. It had been lingering in the back of my mind for a few weeks at that point and it seemed like a good time to bring it to the front and try it on. I’d had the thought from time to time over the last decade, whenever I felt especially tired or sad or very far away from my family, but had always shrugged it off because I couldn’t bear the thought of leaving a place I love so much.

I was dozing on my sister’s couch on a lazy Sunday afternoon during that September visit, holding my sleeping baby niece, when I thought, yeah, ok, maybe I’ll give this a try.

It all happened very quickly from there—the job, the UHaul, the apartment—it felt like one moment I was napping on the couch with my niece and the next I was watching the mountains disappear in my rearview mirror as I drove east.

I jumped right into it with work and setting up my apartment. Then came the holidays and all the craziness they bring. To those who asked me in those first few weeks how things were going I said I couldn’t believe how well I was adjusting and how sure I felt this was the right decision. Honestly, it was just hard to tell which end was up and I was hanging on tight, just hoping that was all true. And then, as soon as the holiday chaos died down, and I unpacked my last box and settled into a post-holiday work schedule, I realized, I have no idea if this was the right decision.

That terrible trio—anxiety, loneliness and depression—had the decency to at least give me time to get here and get settled before returning. I’ll admit I was shocked to see them show up here, which is silly, of course, because you can’t move away from your feelings, but, still, a part of me had truly thought the change would shake them out of me.

Actually, that’s not totally true, I did expect the loneliness. Making friends as a 30-something perpetually single introvert in a new city can be tricky, especially in the good old Midwest where you’re hard-pressed to find 30-somethings, or even late 20-somethings, who are similarly single and sans-children. But the anxiety and the depression that comes with it? Who knew I’d packed that with me.

Part of it is the fact that I’m desperately homesick. I miss the mountains and the way being in them makes me feel. I miss my grocery store and walking into it without knowing what I’m going to buy to make for dinner but being fairly certain I’ll run into my good friend Erin inside and she’ll inspire me. I miss my good friend Erin and all my friends so, so much. I miss knowing my way around a place. I miss having people to explore with and I miss knowing my favorite trails so well that I feel confident exploring them alone. I miss the sense of belonging I felt in Vail.

I’m also really struggling to find balance between work and life and I really, really hate the awful, tiny, moldy bathroom in my apartment. I’m not coping all that well with stress and, as a result, a few weeks ago I came down with the worst bought of the stomach flu—where you you’re simultaneously scared you going to die and scared you’re not going to die—I’ve had in my life, or at least in a very long time. In short, things have been a little rough.

And there’s no “but” to start this paragraph. No “I’m homesick, but…” At least not yet. Yup, I love my family to pieces and it’s awesome to see them all the time (and here’s your but), but that doesn’t make up for how homesick I am, or how lonely I feel right now. And admitting that doesn’t mean I’m ungrateful to be closer to them and it doesn’t mean that I’d rather be far away again.

I’m grateful to be living near my family. And I recently realized I’m relieved to have moved away from the pressure the community I was a part of in Vail puts on its members to be constantly going and doing something active. I’m finding relief in the fact that there’s no shame here in spending a Sunday on the couch binge-watching “Making a Murderer” on Netflix, that no one will judge me if I choose to spend a particularly snot-freezing cold Saturday indoors. And that spending that time relaxing doesn’t mean I don’t also love exploring outdoors or that I’m lazy. I appreciate that I can find balance in that part of my life here.

And again, there’s no “but” to segue from that last paragraph. And that last paragraph itself isn’t a “but”. My point here, my friends, is that human emotions and experiences are complex, so much so that it’s very possible to simultaneously feel and think two very different, even two very conflicting, things about the same situation. For me, right now, that means being both so sure I was right in making a change and so unsure that this is the right change.

As with so many things, I’ll be writing my way through it and sharing my thoughts and musings here, with you all, along the way. And I’ll be keeping the name of this blog—Bright Stars Big Mountains—at least for now, even if my adventures tell more tales of big lakes than of big mountains in the coming months. Thanks for reading! 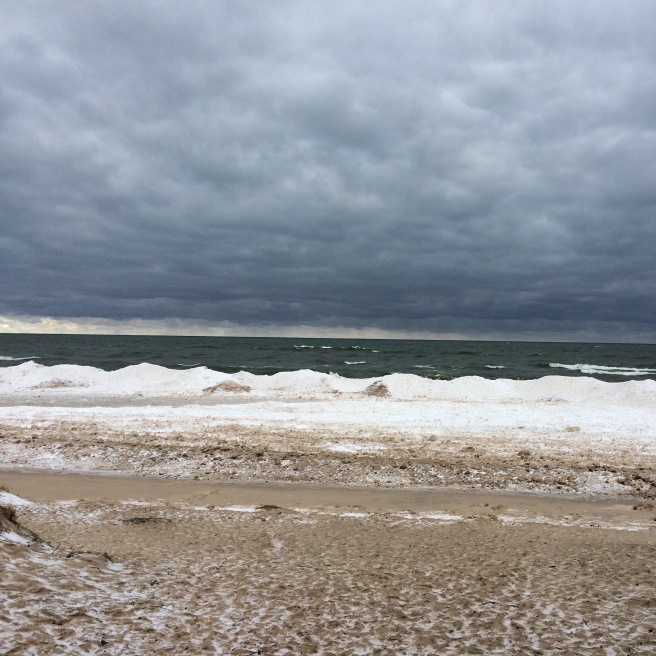 2 thoughts on “A Big Move, or Bright Stars Big Lakes”